Today I’ll bring some updates on the development of Pathom.

Pathom 3 is getting a new website! This website will contain general information about Pathom and the latest documentation.

Here is a preview of the front-page: 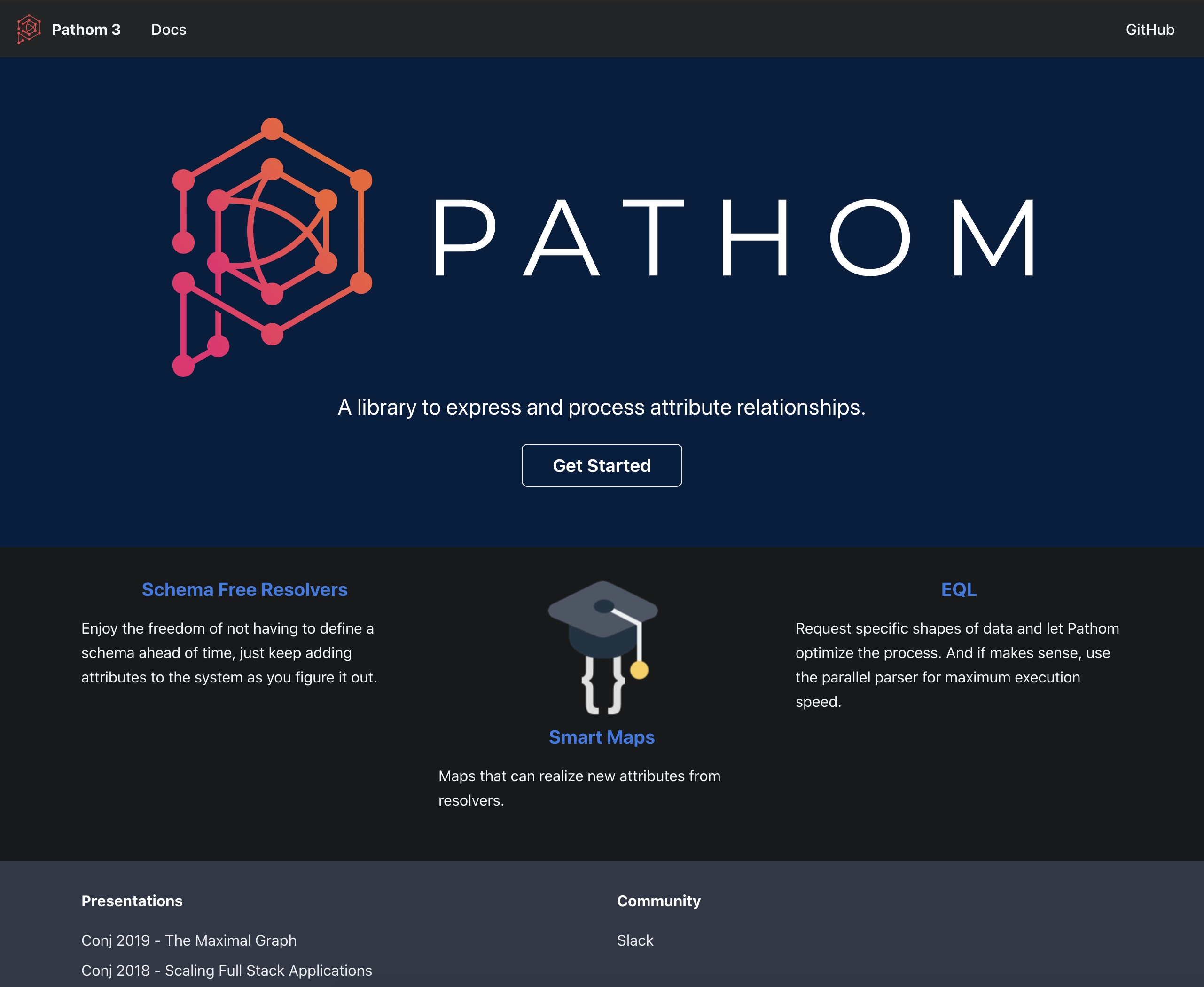 Most of my work time has been writing new docs, on the past weeks I have written on resolvers, built-in resolvers and smart maps. This is the current plan:

I intend to release this website at the same time with Pathom 3 first alpha, to avoid the same mistakes I did in the past (missing docs) I’ll make an extra effort to keep docs in sync with the current implementation.

For the site I’m using Docusaurus v2, this gets back to Markdown (instead of AsciiDoc in the Pathom 2), the site runs really fast, and once released, I can provide an internal search using [Algolia Docsearch]

This should get the best of the worlds, shorter pages, and full-text search.

My goal is first to get the current (minimal) features of Pathom 3 fully documented. With this in place, I’ll release the first public alpha and start iterating on it. Feedback is especially welcome during this period when the API isn’t stable.

Although I’m spending most of my time on docs, there were a few changes o Pathom since the project announcement post.

In the last post, I talked about the new sugar features of defresolver. Last week I changed the feature single attribute resolver.

I replaced that feature with something I call now implicit outputs. The following snippet compares them:

If you look carefully, the difference is that now you return a map in the end, and the defresolver macro will use the shape of that map as the output. For this to work the map must be the last expression in the defresolver body.

There are some new built-in resolvers in Pathom 3:

You can learn more about them when the documentation site is out.

defresolver ported back to Pathom 2

After some usage of the new defresolver I got to like it a lot, and I think current users from Pathom 2 can benefit from it as well. So I ported the new defresolver sugar features back to Pathom 2; you can use it in the version 2.3.0-alpha13, have fun!

Check the docs on the macro docstring for details on how to use it!